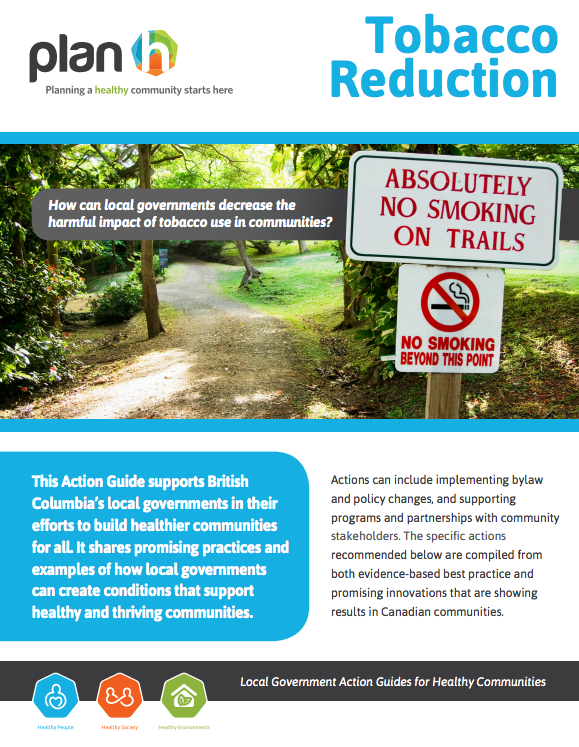 How can local governments decrease the harmful impact of tobacco use in communities?

The majority of British Columbians are non-smokers: 85% of BC residents do not smoke.

However, tobacco use remains the single most preventable cause of death and disease in Canada. It kills approximately 6,000 British Columbians each year, despite BC having the lowest smoking rate in Canada.

Exposure to second-hand smoke causes at least 1,000 deaths per year in Canada from lung cancer and heart disease. Second-hand smoke is the single largest source of indoor air pollution and contains a mixture of nearly 4,000 chemicals—more than 50 of which are carcinogens (cancer-causing agents).

Reducing the number of people who smoke has positive health, social, environmental, and financial implications.